In Bayesian computation, a prior distribution refers to a similar, but slightly different idea from the original Bayes’ theorem. I used the diffusion decisoin model (DDM, Ratcliff & McKoon, 2008) as an example to illustrate the idea.

The full DDM has eight parameters. In ggdmc (as well as DMC) syntax, they are defined as following:

Below I list the full command, BuildModel, for setting up a DDM model.

So in this example, we will want to set up six prior distributions, because in the above model set-up, the st0 and d have been set to constant as 0. That is, they are deterministic, not stochastic. ggdmc (as well as DMC) has a function to build prior. Unimaginatively, it is called BuildPrior (it is called p.prior.dmc in DMC).

A list of options / arguments for the BuildPrior function can be found by enter:

Here is a copy from the R documentation in ggdmc pacakge.

Current version of ggdmc provides four types of prior distributions:

In the ggdmc (as well as DMC) operation, the names (i.e., character strings) are important for corret computation.

The two options, lower and upper, are to set the distribution support.

Example 1: Set up beta (and uniform) prior

Currently, the below example is from Heathcote et al’s (2018) DMC tutorial of LNR model. 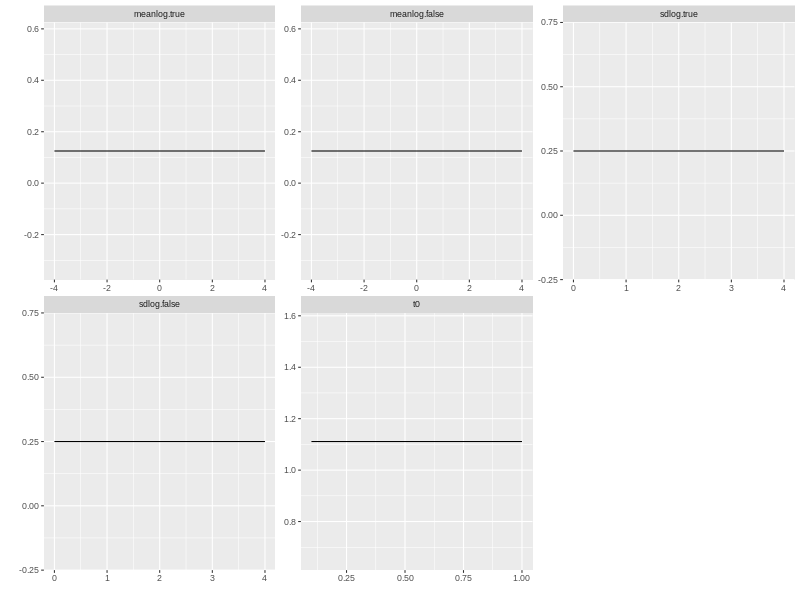 This is how to calculate log-prior likelihoods (i.e., probability densities) for each model parameter and add them all together.

What to look for when set up prior distributions

For setting up prior distributions, key points are to look for first whether prior distributions cover broad range (i.e., relatively uninformative) and second whether their range cover abnormal values. For example, it is not possible to have negative standard devation, so sd_v.true subpanel should not cover negative values.